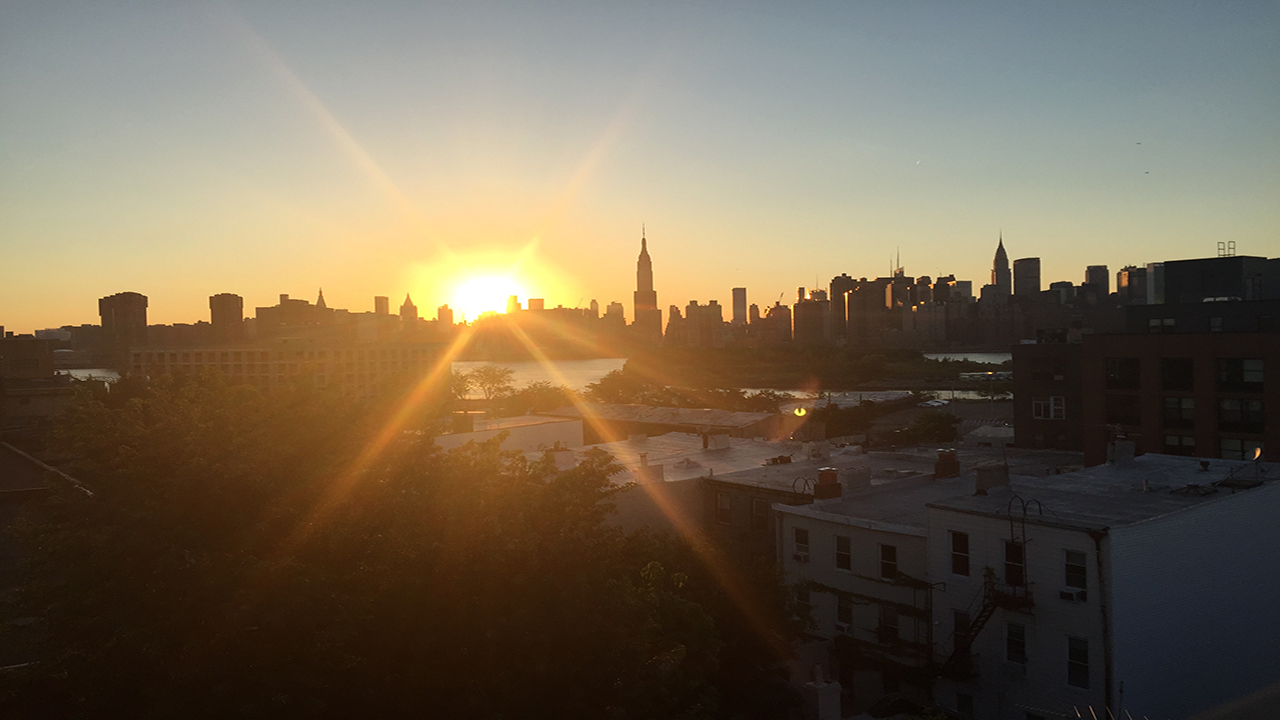 Dormancy is a project of NYU’s Science, Health and Environmental Reporting Program (SHERP) in the Arthur L. Carter Journalism Institute at New York University. Although this project was created by SHERP’s 33rd class, which graduates in December 2015, you can follow SHERP always at Scienceline, their student-run online magazine.

Shannon Hall
Editor in Chief
Shannon is a freelance science journalist from Portland, Oregon. So naturally she’s hooked on the rain, the smell of fresh coffee and a dark night sky. Currently, she works at Scientific American and has previously been published in Sky & Telescope, Discover, Nautilus, Motherboard, Live Science and Space.com. A love for that night sky compelled her to complete two bachelors in physics-astronomy and philosophy, and two masters in astronomy and science journalism. She once spent several months sleeping on a hut’s hardwood floor in the middle of a dense jungle in Thailand. Follow her on Twitter @ShannonWHall.

JoAnna Klein
Creative Director
JoAnna is a science journalist based in Brooklyn. She grew up in North Carolina digging up dinosaur bones that didn’t exist, prospecting for diamonds that were just quartz, and managing a secret garden that was really a briar patch at the end of the street. As an adult her unbridled imagination found its home in the field of science. After receiving her master’s in experimental psychology, she went on to publish research about how the brain processes emotion. Now she likes to investigate the unexpected ways in which science intersects with our everyday lives. She is currently working for Nautilus Magazine, and her stories have appeared in The New York Times, Newsweek, Motherboard, The Scientist and Ochre. JoAnna conceptualized this project to create an outlet where her classmates could experiment with storytelling. Follow her on Twitter @nonojojo.

Katherine Ellen Foley
Managing Editor
Katherine is a science writer currently based in New York with proud ties to Delaware. She is currently working with Nature Medicine, and has been published in The Atlantic, Quartz, Scholastic and Earthwire. Katherine enjoys writing about the bizarre parts of biology and life science, from fluorescent corals to why we hiccup. In her free time, Katherine enjoys being active any way she can, from running with a podcast through New York’s parks to swimming, hiking and Zumba. Even though her days as a resident assistant are behind her, she still can’t fall asleep without the familiar feeling of earplugs in her ears. Follow her on Twitter @katherineefoley.

Lydia Chain
Contributing Writer, Video Producer and Editor
Lydia spent her childhood roaming the forests of central Wisconsin with a book in one hand and a snack in the other. Her love of nature carried her first to Princeton University where she studied ecology and evolutionary biology, and then to New York to write. Her work has appeared in Popular Science, Scientific American and Scholastic. When she isn’t playing with her puppy or experimenting with bread recipes, she’s probably searching for beautiful quirks of the living world and dreaming up ways to talk about them. She loves to nap in a tree, her cheek pressed to the bark. Follow her on Twitter @lydiachain.

Chelsey B. Coombs
Contributing Social Media Editor
Chelsey combines her two favorite subjects every day as a tech reporter at Gizmodo and an editorial intern at OnEarth. But when she’s not reporting on electric vehicles or Apple (or scrolling through Twitter), you’ll find her sleeping and talking between snores. She graduated from the University of Illinois with a degree in molecular and cellular biology. Since then, she has gotten through three semesters of graduate school at NYU’s Science, Health and Environmental Reporting Program and interned at Climate Central. Follow her on Twitter @chelseybcoombs.

Jennifer Hackett
Contributing Editor
Jennifer is a science journalist and geek culture enthusiast who has worked with Scientific American, Atlas Obscura and Scholastic. She loves to look at how science impacts society and politics, which explains the fascination with atomic culture. When not writing, she can be found playing video games or sewing costumes irresponsibly late into the night. She hopes to one day drink so much coffee that sleep is no longer relevant. Follow her on Twitter @jeni_hackett.

Rebecca Harrington
Contributing Writer and Editor
Rebecca wants to get non-scientists interested in all of the crazy and wonderful things about science. Some of her pet topics to cover include women’s health, microbes, STEM education, farming, and the science of everyday life. She received a B.S. in Biology and a B.A. in Journalism from the University of Minnesota. Rebecca has worked for Tech Insider, Popular Science, Scientific American, the Minneapolis Star Tribune and the Minnesota Daily. Her favorite place to nap is in a hammock on the beach in Costa Maya, Mexico. Follow her on Twitter @HarringtonBecca.

Nicole J. Lou
Contributing Data Visualist and Editor
Nicole is a science journalist whose work has appeared in Popular Science, The Atlantic, VICE Motherboard, Audubon and TCTMD. When she’s not writing about health, medicine, and environmental topics, she is hard at work searching for the next viral animal video. She loves finding ways that popular culture and science intersect. Raised in New York City, she’s never been more grateful for sleep than during a four-day hike in the Berkshires of New England. Follow her on Twitter @nicolejlou.

Hanneke Weitering
Contributing Writer
Hanneke is a physics geek from Tennessee who loves space, supercomputers and cats. She has written for Scholastic, MedPage Today and Oak Ridge National Laboratory. Though she’s a habitual night owl, deep sleep is one of her favorite pastimes. But staying awake to work into the wee hours of the morning while practically hibernating through the weekends have left her with a deregulated circadian rhythm, so a good night’s rest often eludes her when she needs it the most. Her solution: cat naps and caffeine. Her advice: Don’t try this at home. Follow her on Twitter @_HannekeW.

Steph Yin
Contributing Writer and Artist
Steph is a science writer and illustrator whose work has appeared in Popular Science, Scientific American, Business Insider and Motherboard. She has also written and produced multimedia for Argonne National Laboratory and Brown University’s Swearer Center for Public Service. Steph grew up in New Jersey and most recently hails from dreamy Providence, Rhode Island, where she spent a lot of time “doing science” (read: baking dirt in windowless basements), chopping vegetables and planning a parade to raise awareness about a polluted pond. She was a fussy baby, and her parents often had to drive her around the block to get her to sleep. Follow her on Twitter @steph_yin.

Lauren J. Young
Contributing Writer, Comic Illustrator and Editor
Lauren spent many late nights this summer reading her favorite graphic novels in preparation for illustrating “Hubble’s Looming Deathbed.” She is a science and technology journalist based in New York who likes to write about how technology affects our behavior and health, and also covers learning algorithms and novel telecommunication networks. She once had a dream where everyone spoke in speech bubbles, and has since wished all her dreams looked like comics. You can read Lauren’s stories at IEEE Spectrum and Science Friday. Tweet your favorite comic books to her @laurenjyoung617.