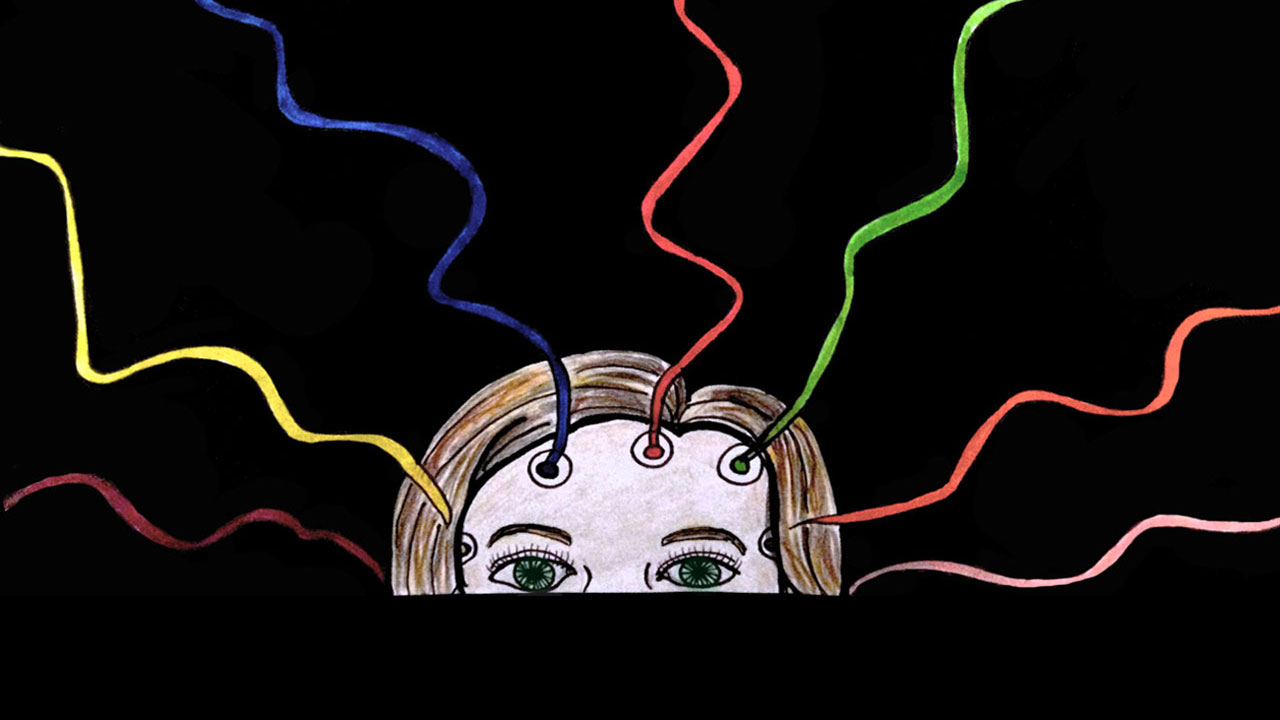 I Dream of a Good Nights’ Sleep

Sleep studies are a messy business

I drown in my dreams. Most nights I claw through a murky ocean, sea foam slipping into my sinuses and filling my mouth. I choke and splutter until I slip beneath the waves. My lungs burn.

I wake terrified and exhausted, gasping for air. My doctors have told me these dreams are fairly common for people with my condition: Upper Airway Resistance Syndrome. With UARS, my already-undersized airway closes up when I relax in sleep. It’s like trying to breathe through a straw.

Sleep apnea, perhaps the more notorious sleep disorder, causes people to stop breathing throughout the night. I don’t stop breathing entirely; instead, my teeth grind to drag my jaw forward and open my throat, making my head and face ache all day. When that fails, I jolt myself awake dozens of times a night in my struggle to breathe.

The data for my first diagnosis came from a home sleep study. I just had to wear a few sensors and a finger clip when I went to bed at night. The study showed that I was actually resting for only half the time I was supposedly asleep. If I slept for eight hours, it really only had the effect of four. My doctor gave me a mouth guard to open my airway a few weeks later. It certainly wasn’t sexy, and I had a tendency to spit it out in the middle of the night. I still woke up tired and sore, but I was much less miserable.

That worked for seven years, but mouths change over time and it didn’t fit as well. It was uncomfortable and I chewed it unconsciously, giving me horrible headaches. So I started looking for a replacement in June of 2014. I got stuck in the bureaucratic maze of my insurance company: I was bounced from doctor to doctor before finding a sleep specialist in early spring almost a year later. Needless to say, I was exhausted. 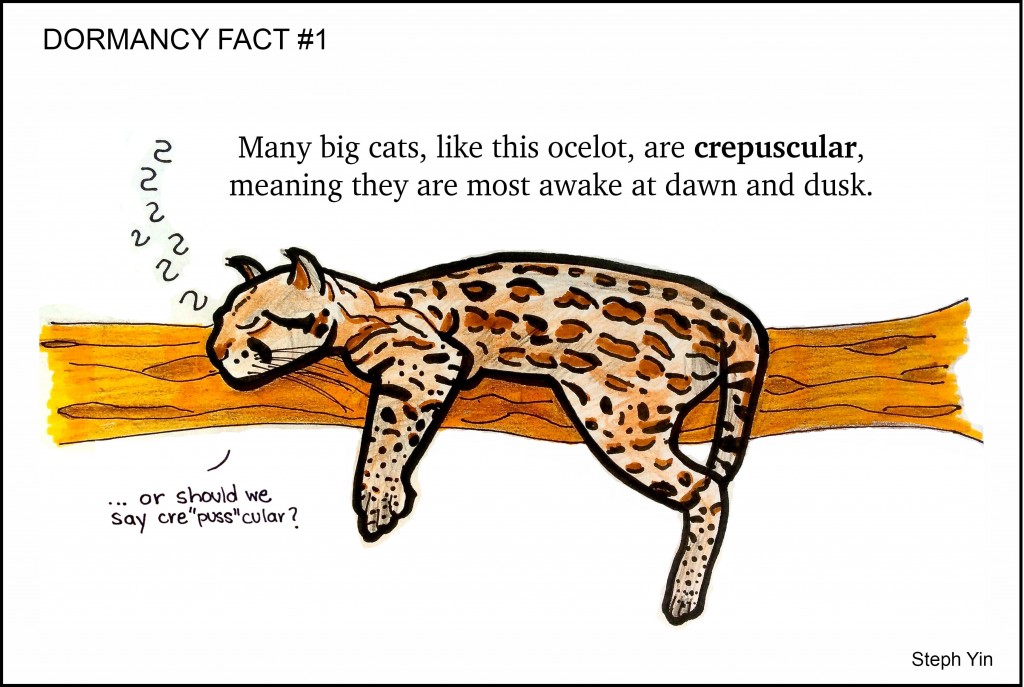 The new specialist decided a home study wouldn’t cut it and ordered an overnight, in-the-lab sleep study. She was probably concerned when I told her I fell asleep on the subway on my way to the office. And then took a little nap in the waiting room. And snoozed again when she left the room for paperwork.

I showed up at the sleep lab at 7:30 p.m. as soon as they had an opening a few months later. A brusque but motherly nurse ushered me into a chilly room with a bed and a chair. I waited as she spoke broken Spanish with an elderly woman in a floral nightie, my neighbor for the night.

When the nurse came back to me, she sat me in the chair and began liberally applying goop to my hair and face. The sticky paste would keep electrical sensors in place. She explained that the sensors — knobby little discs the size of a dime — would pick up on biological markers: my pulse, brainwaves, eye movements, muscle twitches and more. They would all be attached to wires that would connect me to a box on the wall overnight.

Don’t worry, she said, you can go to the bathroom before we hook you up.

I fidgeted while she pressed the sensors against my skull, covering my scalp and face in wires and oozing, itchy slime. She fastened tight elastic bands around my chest to monitor my breathing and attached more wires to my arms and legs to keep track of the way they moved while I was asleep. After I was all tucked into bed and shivering under the thin blankets, she added tubes up my nose.

Get comfy, she said. 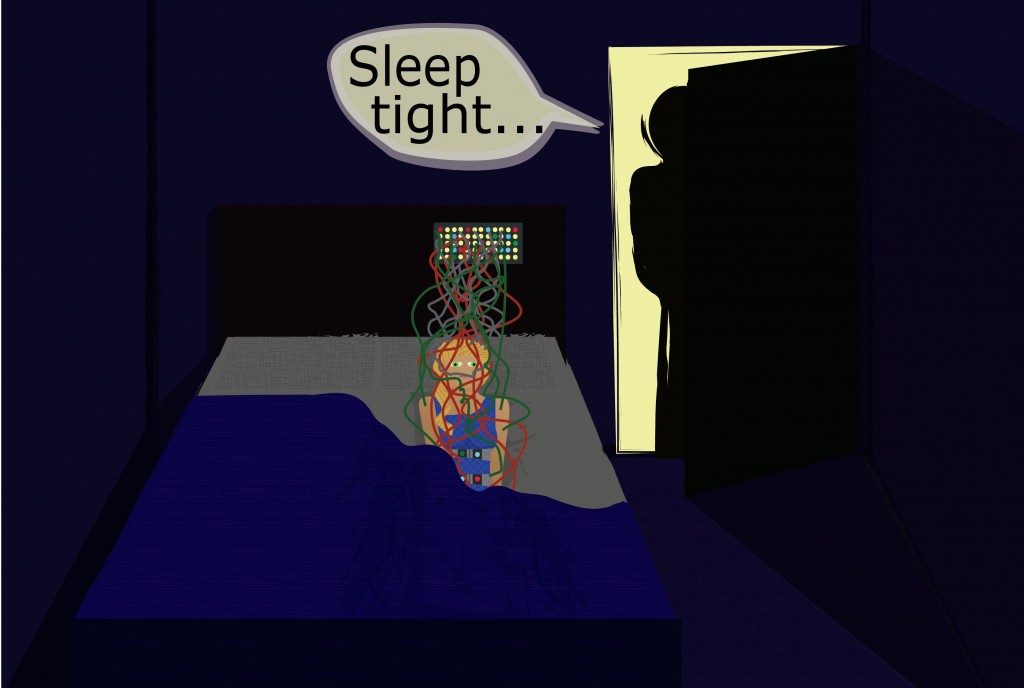 And there I lay, blinking at the ceiling and trying not to scratch the gunk on my chin. I normally sleep curled in a ball with my husband’s warm arms around me. I had grumbled to the doctor, insisting that they couldn’t possibly get a good idea of how I slept under these circumstances. Even ignoring the discomfort of all the sensors, I slept in different positions when I slept alone. But she wouldn’t budge, saying they would still get the data they needed. I remained doubtful. And lonely.

I could hear all the movements of a busy hospital outside and my neighbor’s snores, but I must have fallen asleep eventually: When the nurse came in to adjust my nose tubes later, I jolted awake and started screaming and flailing at her. I had apparently forgotten to warn her that I startle easily when awoken from my sleep. Oops.

Except for one other misadventure involving wrapping the wires around my own neck and rolling over to choke myself, the night passed uneventfully. The nurse (carefully) woke me at 6 a.m., and I staggered home to get some decent rest.

Six months later I’m still waiting on my results. The specialist is booked through Fall, and I need to meet with her before I can circle back to the dentist who will give me a new mouth guard. I’m so tired of dreaming that I’m drowning.