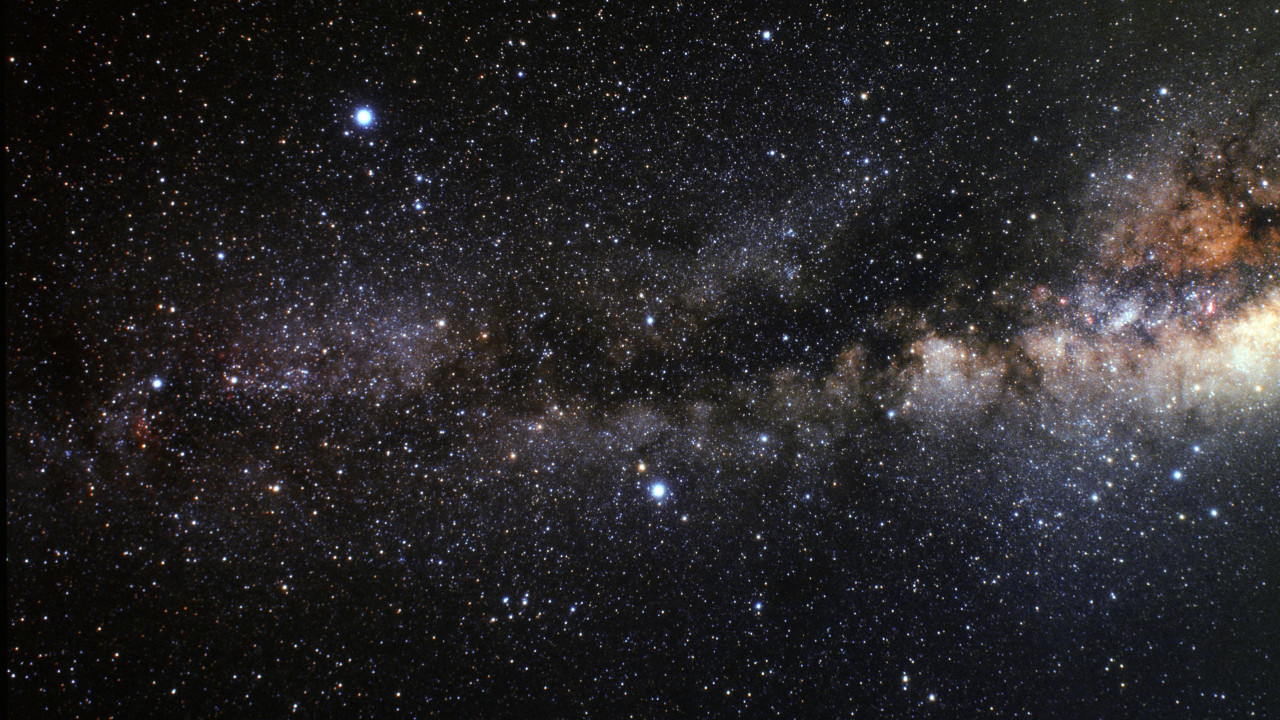 Sleeping Through the Solar System

Hibernation isn’t only for living organisms and sleep isn’t just for Earthlings. Robotic spacecraft become dormant for many reasons, whether it’s to save power, wait out a long trip or survive the tough Martian winters.

MESSENGER: Falling into the Depths of Mercury 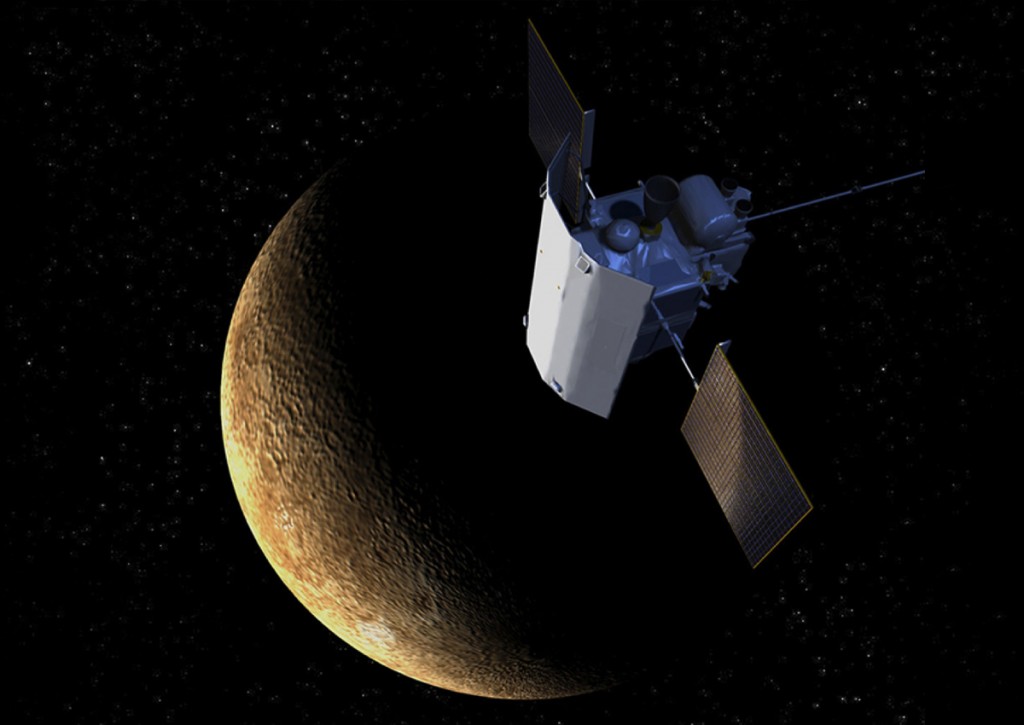 Before becoming the first spacecraft to orbit Mercury in 2011, NASA’s MESSENGER probe flew by the planet three times to photograph its surface. During its third encounter in 2009, however, it unexpectedly entered “safe mode,” a dormant state in which nearly all functions shut down to protect equipment or save power. And its timing was poor. The spacecraft was only minutes away from passing into Mercury’s shadow, where it would be hidden from contact. So when the signal dropped, NASA’s mission control room fell silent.

After 50 minutes of silence, MESSENGER emerged from Mercury’s shadow and made contact. NASA was relieved to learn that its spacecraft had merely suffered a glitch in its power system. It took several hours for the science team to fully wake up MESSENGER and regain all functions. But the scientists’ feelings of relief were short-lived once they found out that MESSENGER’s down time caused them to lose most of the data from the approach. Still, the fly-by successfully provided the gravitational assist needed to place the spacecraft into Mercury’s orbit, where it would spend four years studying the planet in unprecedented detail before it succumbed to Mercury’s gravity and crashed into the planet’s surface in 2014.

Opportunity: The Little Rover that Could 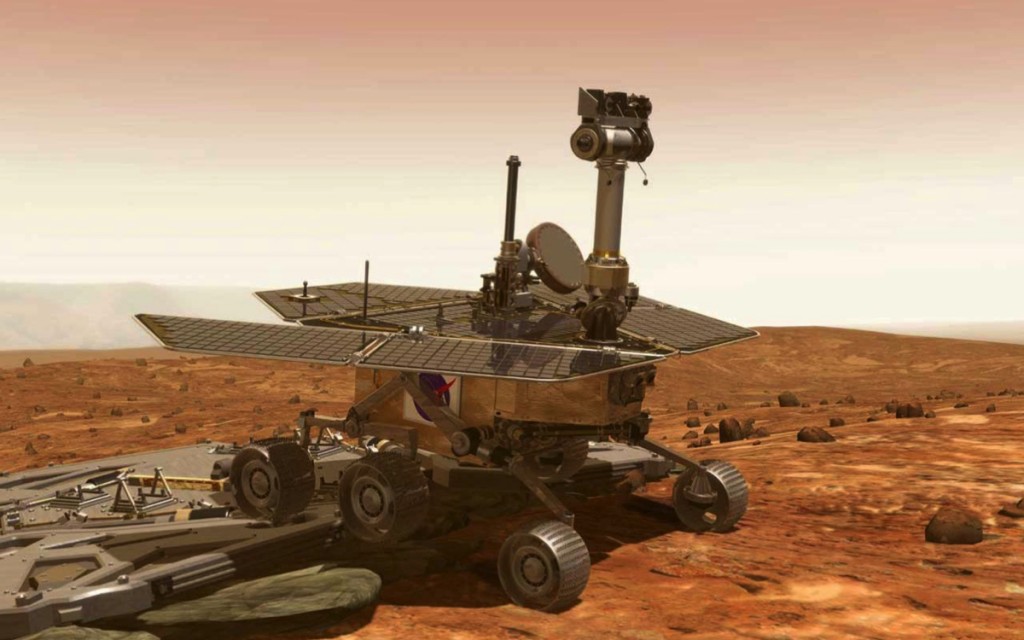 Earth isn’t the only planet with inhabitants that hibernate during the winter. To prepare for harsh Martian winters, rovers often enter a low-power state of sleep. They shut down almost all machinery and use power only for heating to protect the equipment from dangerously frigid temperatures. At -125 degrees Fahrenheit, the freezing Martian temperatures are cold enough to cause electrical damage.

Not every hibernation, however, runs smoothly. Before the winter of 2010, the Spirit rover became permanently stuck in a sand pile with a broken wheel before it could reach its planned hibernation spot at the sun-facing side of McCool Hill. At first, mission scientists made the most of Spirit’s sandy situation and dubbed the immobilized rover a “stationary science platform.” Spirit kept doing science while mission controllers back home tried everything they could to get the rover rolling again. But they could not free Spirit in time for the cold Martian winter, leaving the rover’s solar panels facing the wrong direction.

With insufficient sunlight to charge its battery — and therefore insufficient power to stay warm — Spirit’s internal temperatures dropped to an all-time low that winter. Mission control at NASA was hopeful that Spirit would make it through the winter despite its sandy predicament. But after 14 months of failed attempts at waking the rover, they gave up and finally said farewell.

Cassini-Huygens: Sleeping Through the Plunge 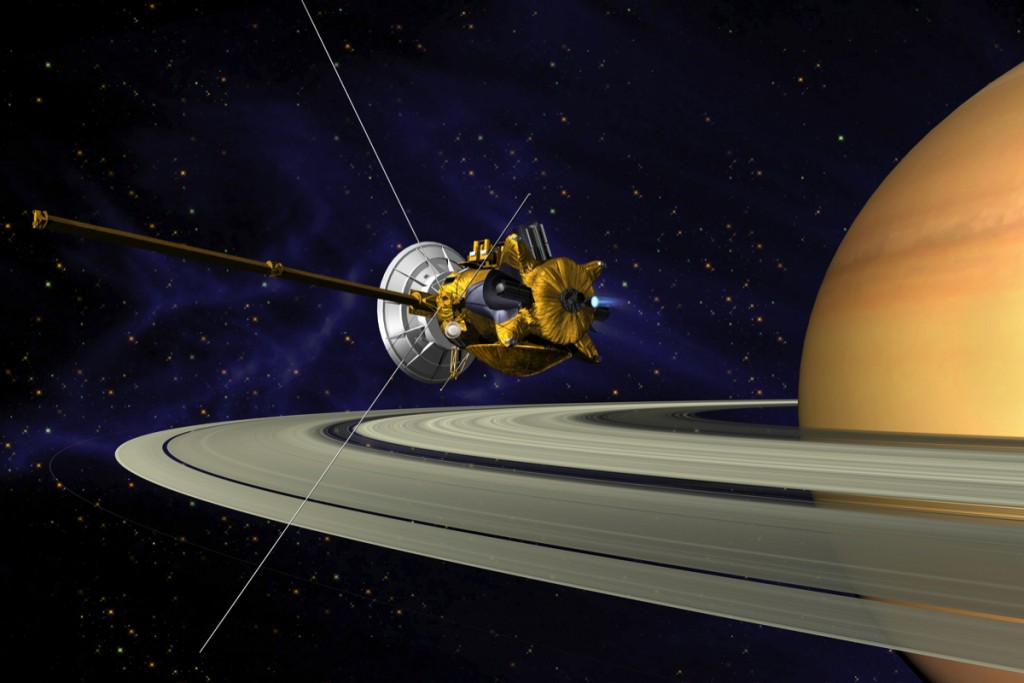 With the European Space Agency’s Huygens probe strapped to its back, NASA’s Cassini probe spent nearly seven years venturing through the Solar System en route to Saturn. Throughout the journey, Huygens spent most of its time asleep with its instruments powered off. But it did wake up automatically for semi-annual health check-ups. Cassini and Huygens swung by Venus, Earth and Jupiter before arriving at Saturn in 2004. For six months, Cassini studied Saturn. It then made its way to Titan, Saturn’s largest moon, for Huygens’ wake-up call. And on Christmas Day, Cassini dropped Huygens over the icy moon to begin its descent.

But the falling satellite, Huygens, was in no hurry to wake up. It continued to snooze through the 21-day plunge, at speeds greater than 13,000 miles per hour. On January 14, 2005 — right on schedule — the probe finally woke up to deploy its parachute after entering Titan’s atmosphere. Having slowed down to about 10 miles per hour, it left only a small dent on Titan’s surface. The bumpy landing sent Huygens bouncing and wobbling across the ground before it eventually came to rest, streaming the data it could before going back to sleep 72 minutes later. Designed to only have a few hours of battery life on Titan, Huygens won’t be waking up from this nap.

New Horizons: The Probe — and the Dwarf Planet — that Stole our Hearts 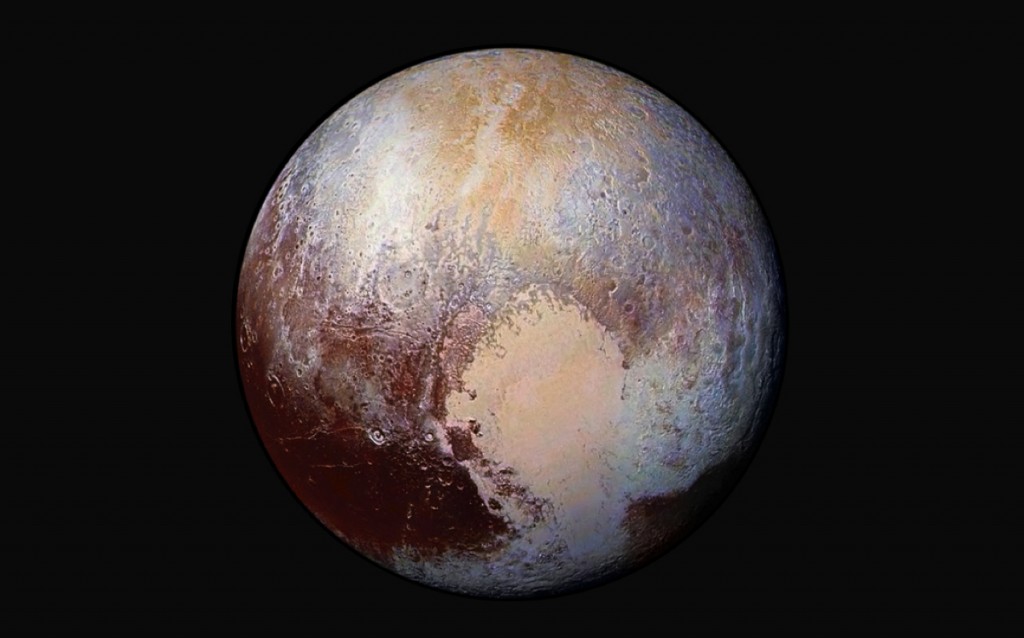 New Horizons had a long way to go from Earth to Pluto after its launch in 2006. Before the spacecraft dazzled us with the first-ever close-ups of Pluto and its moons this summer, it spent most of its nine-year trip hibernating. NASA did wake up New Horizons a few times during that period to perform functional tests and check up on the spacecraft, breaking its slumber into 18 naps that ranged from 36 to 202 days in length. But New Horizons wasn’t truly called to action until a few months prior to the planned Pluto encounter.

After the spacecraft awoke, it captured some incredible photos of Pluto’s heart, revealed mysterious mountains of ice and even photographed a blue sky. Now the spacecraft is well beyond Pluto, but it will continue to transmit data until the end of 2016. In the meantime, it’s heading toward a distant Kuiper belt object — a rocky body that’s only 30 meters across but likely holds clues about the formation of the solar system. 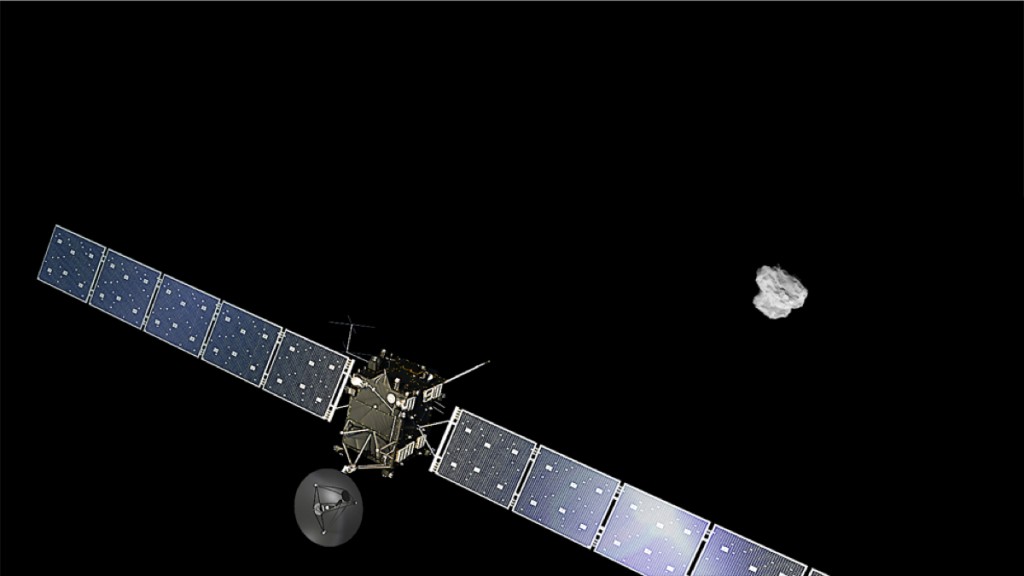 Philae and its mother ship Rosetta, launched by ESA in 2004, spent 31 months hibernating en route to Comet 67P. In 2014, Rosetta became the first spacecraft to orbit a comet, and Philae became the first to land on one. But any triumphant journey should start after a long rest. So with Philae on board, Rosetta went to sleep on June 8, 2011. Orbiting beyond Jupiter, Rosetta’s solar panels wouldn’t receive enough sunlight to charge, so ESA programmed it to automatically hibernate during that time. For two and a half years, scientists anxiously waited to hear from their sleeping beauty. Rosetta awoke on January 20, 2014 after a 957-day nap; its first call home was both a moment of relief and excitement for ESA scientists.

Now Rosetta is following Comet 67P as it orbits closely around the sun. Though data collection is Rosetta’s priority, the spacecraft spends a great deal of time keeping tabs on Philae, the M.I.A. comet lander. After Philae accidentally landed behind a dark cliff, it entered hibernation mode to save battery. It dozed for 221 days before the comet’s position allowed the Sun to charge its solar panels. On June 13, 2015, Philae recharged and awoke, surprising ESA scientists when it phoned home at 10:28 p.m. — just as many of its scientists were getting ready for bed.  A few weeks later, Philae went M.I.A. again; ESA suspects it’s back to napping. 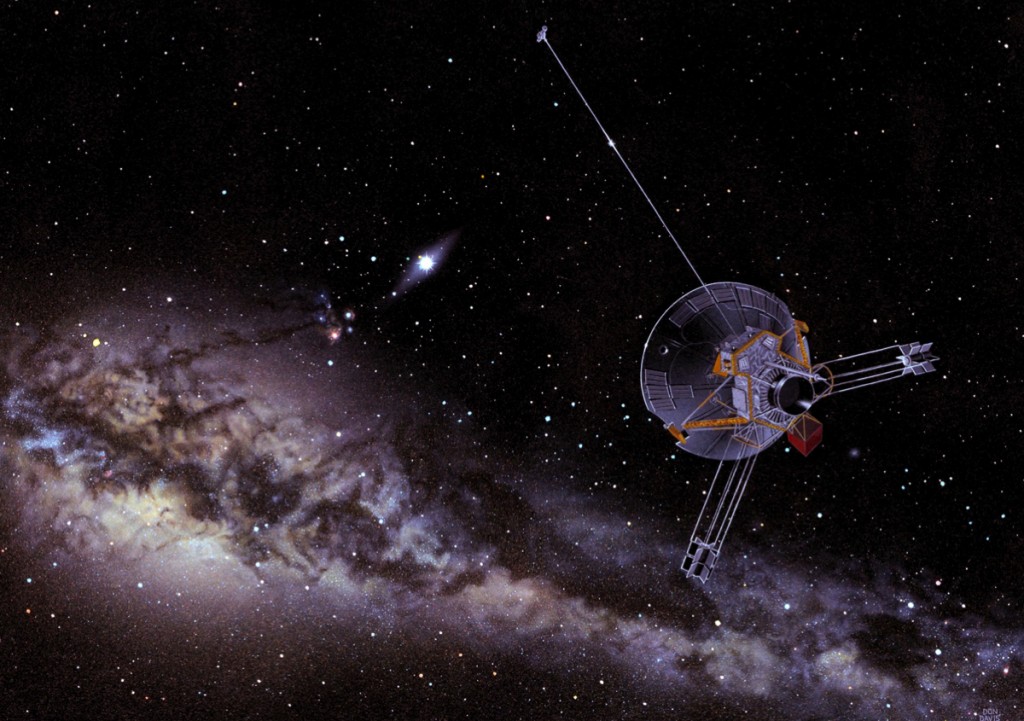 NASA’s Pioneers were some of the first unmanned spacecraft to ever explore the Solar System. In 1973, Pioneer 10 became the first to cross the asteroid belt and visit Jupiter. It later became the first spacecraft to exit the Solar System in 1983. Its identical sister probe, Pioneer 11 launched in 1973 and became the first to explore Saturn. Pioneer 11’s mission ended in 1995 when it lost contact with NASA, but Pioneer 10 kept going strong until 2003, when its radioisotope power supply had finally dwindled too low for the radio transmitters to communicate with mission control on Earth. After months of struggling to receive data from their distant spacecraft, NASA gave up on trying to make contact.

Now NASA’s two powerless Pioneers have idly traveled more than 10 billion miles, and they continue to venture farther and farther out through interstellar space. These antique spacecraft pushed the frontiers of space exploration and paved the way for later missions like the Voyagers to further explore deep space. The Pioneers may be powerless and dormant by now, but they’re still on a mission: Just in case they run into any extraterrestrials while flying out into the abyss, they carry with them two identical gold plaques that symbolically explain their origin.