The Past, Present and Future of the Gowanus Canal 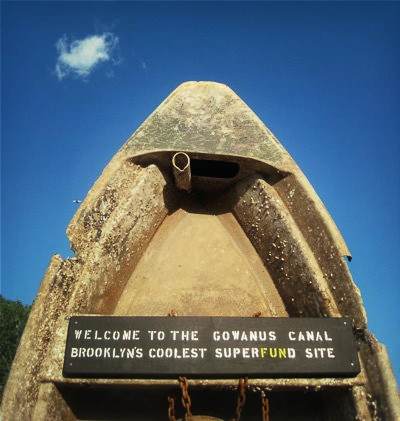 The Gowanus Canal does not elicit the fondest reactions. This 1.8 mile body of water, tucked between the Brownstones of southwest Brooklyn is one of the dirtiest waterways in the country. Its waters are polluted with toxic industrial chemicals, indissolvable fossil fuels, and raw human sewage. It garnered names like Lavender Lake and Perfume Creek over the years, due to its oily sheen and former pungent smell, which  kept most at a sharp distance from its ominous banks.

But today, after more than a century of these conditions, a clean up for the Gowanus Canal is finally underway. In 2010, the Environmental Protection Agency designated the Gowanus Canal a Superfund site, putting it under the control of the federal government.

And the clean up couldn’t come at a more critical time.  Brooklyn is growing rapidly with an influx of residents, businesses, and developments flooding the borough. And with it, interest in Gowanus is steadily on the rise, too. 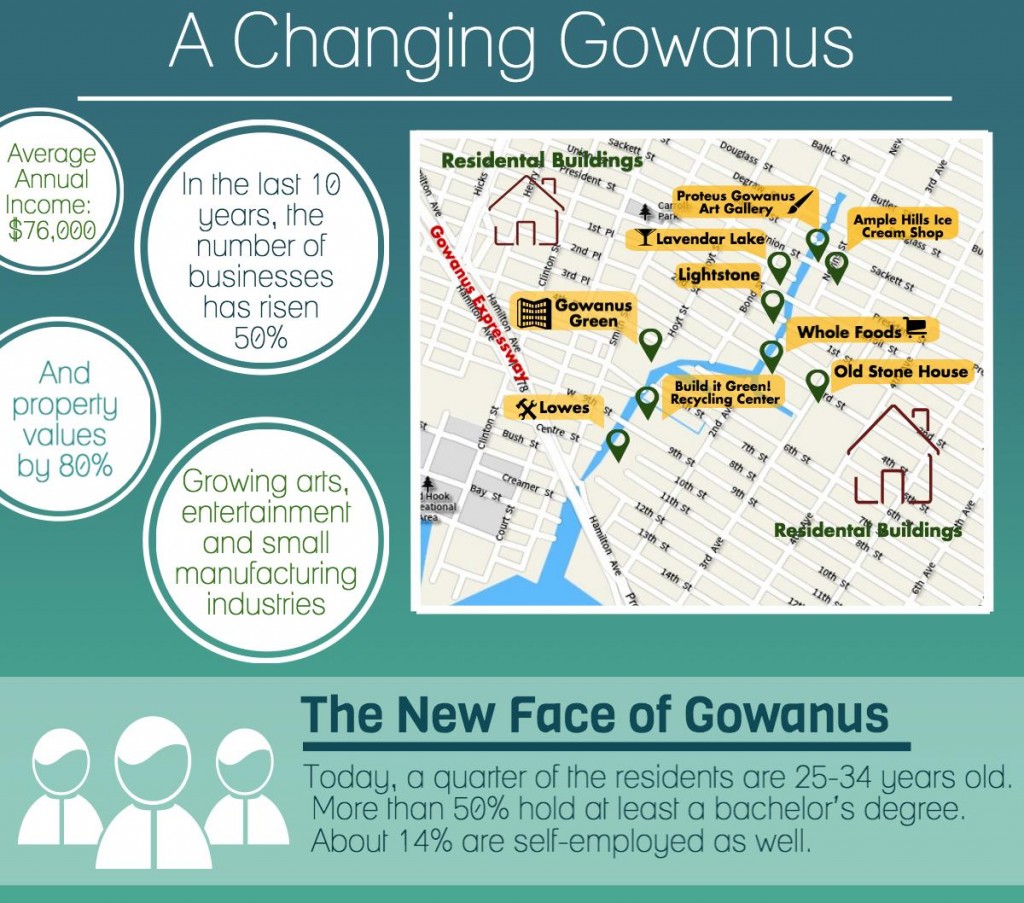 That fact is not  welcomed by everyone  and a community debate is growing.  The neighborhood went from one that was mostly overlooked and untouched, to one that has become the target for new development, spurring a lot of debate within the community. Some of this is fueled by a range of unanswered questions about the future of the neighborhood. It is unclear how long the Superfund cleanup will take and exactly how its proposed goals will be accomplished. In the meantime, it remains uncertain exactly what the environment can sustain as more people make their way into Gowanus.

Today, the community is at a sharp crossroads about what to do about the Gowanus Canal. Many staunchly oppose the idea of development along the canal, especially residential properties, before it has been cleaned of its slew of toxins and raw sewage. Others believe that the shores of the Gowanus have remained abandoned long enough. They don’t want to wait another decade or so to begin developing properties and recreating the face of the canal which has for so long been overlooked. These contrasting visions often pit the key players – members of the community, the local politicians and those eager to develop in the neighborhood – at harsh odds.

Until a middle ground can be reached, the future of the Gowanus Canal remains as murky as  its waters.