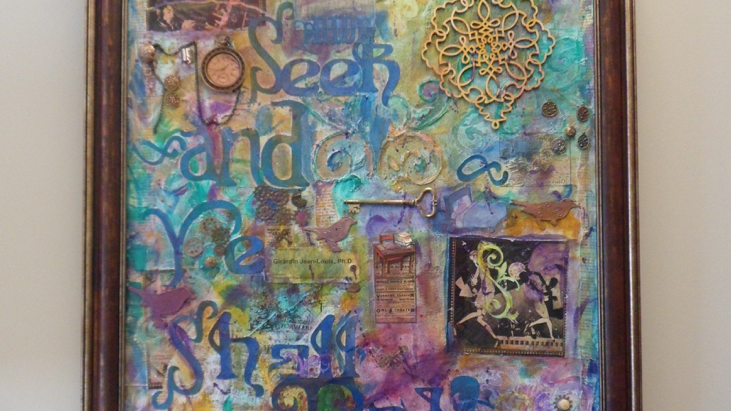 Counting Sheep in the Name of Science

Dr. Girardin Jean-Louis is hardest at work when your eyes are closed

Sleep behavior specialist Girardin Jean-Louis, 47, is on high alert when others are teetering on the edge of their most vulnerable state. On his subway ride to and from his office on East 30th Street in Manhattan, he sees heads lull lazily with the jostle of the train — some with a chin propped by a palm, others with a temple against a window. Jean-Louis’s ears perk up to the sound of soft hums and roaring rumbles of his fellow snoring passengers.

Snores are alarms in his head. They are the warning sign for sleep apnea, one of the most common sleep disorders where individuals stop breathing for several seconds at a time during sleep. He itches to slip his business card into their hands with a hope that they will call so he can check if the slumbering train passengers are at risk.

“How do you go up to someone and just say, ‘Call me. Please, call me’?” Jean-Louis asked. His thick, dark-skinned fingers that had been folded on his desk were woven together tightly when he spoke, almost as if he was sending a prayer. “I only wish that somehow there was a better campaign to let people know about sleep apnea. It’s something our economy is working on, but I think they could do a better job.”

A growing body of research demonstrates that African Americans have a higher prevalence of sleep apnea. At New York University Medical School’s Center for Healthful Behavior Change, Jean-Louis, who holds a Ph.D. in psychology and completed his post-doctorate in chronobiology, is building a better communication strategy to address the disparities in diagnosing sleep apnea and other sleep disorders. In 2008, Jean-Louis led a community-based study that revealed only 38 percent of 421 black patients suspected to have sleep apnea agreed to have a diagnostic test. During his training, he also worked on the first wearable sleep technology that allows some sleep tests to be performed outside expensive labs and in the comfort of patients’ homes.

Jean-Louis and his research team at NYU are currently piloting four different studies and initiatives aimed at understanding sleep behavior among African Americans, Latinos and other minority groups and to teach them about how sleep affects our waking lives. They have set up outreach groups at churches, barber shops, hair salons and health care facilities throughout the underserved and diverse boroughs of New York City. By gaining the support of community leaders, the researchers utilize the information channels these patients know best. It has taken several years — and many haircuts — to establish these relationships and engage members of the community, Jean-Louis said. 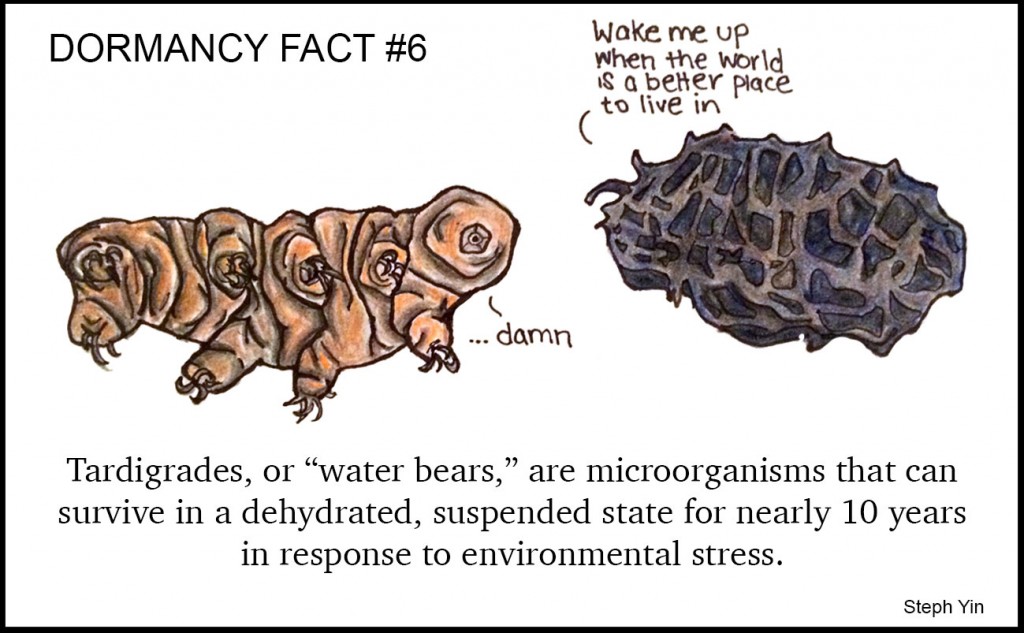 “Dr. Jean-Louis’s work is very innovative in respect to sleep apnea in African Americans,” said Kristen Knutson, a biomedical anthropologist and professor at the University of Chicago. Knutson often refers to Jean-Louis’s work in her own research exploring sleep deficiencies and quality among different socioeconomic groups. She says his studies emphasize that we need to understand why minority groups aren’t getting appropriate treatment for sleep disorders. Jean-Louis’s work “really focuses in and tries to figure out what is happening there,” she said.

But Jean-Louis drifted into the science of sleep, and later health disparities, unexpectedly.

He thought he was going to become an engineer. As a child growing up in Haiti, Jean-Louis loved to build things and take them apart only to build them back up again. He immigrated to New York at the age of 17 to pursue engineering at City College of New York until he took an elective course in sleep lab techniques with an emphasis on dreams and circadian rhythms, the daily cycles of sleep and wakefulness.

After watching the ragged peaks of brain waves form on a scrolling ream of paper during an electroencephalogram (EEG), Jean-Louis became fascinated by the way the brain operated during sleep.

He worked on a study that explored what happened when people were deprived of rapid eye movement (REM) sleep. Jean-Louis had the lucky job of waking up participants each time they entered this dream stage of sleep.

“Interesting things happen when you do that,” Jean-Louis said. When Jean-Louis woke people the first couple of times, they were compliant. As the night wore on, subjects grew disgruntled, and some tended “to get very nasty.”

Being a sleep technician is difficult work, said Jean-Louis, but having an engaging one can make a huge difference as a patient goes through the often awkward and uncomfortable 45-minute electrode prep for the standard sleep study known as polysomnography.

But even the best sleep technician in the world can’t turn sleeping in a foreign testing environment covered in sticky electrodes into a comfortable sleeping condition, Jean-Louis admitted. This is why two nights are typically needed for a sleep study, which can rack up a lot of money in medical fees. In the United States, a session can cost anywhere between $1,250 and $6,700.

“Insurance may cover the first one. What happens to the second one? That’s very costly,” he said.

Listen to an audio interview of Jean-Louis produced by Katherine Foley above
and view a transcript here.

Jean-Louis’s love for technology and innovation came in use when he made his first foray into cheaper alternatives to sleep studies during his postdoctoral research at the University of California, San Diego. He contributed important improvements to the accuracy of the actigraph, a wrist wearable that records physical movement during sleep. Before smartphone applications and Fitbits, the actigraph was the essential wearable researchers were using in the scientific work, said Jean-Louis.

These initial investigations on the actigraph has led to more sophisticated versions of the technology that permits some sleep data to be collected in the comfort of one’s home, which, according to Jean-Louis, is the preferred environment for minorities (and most patients) to assess sleep. Running expensive tests in a remote environment also enables data to be collected for weeks compared to sleep lab tests that usually are performed over two days. More personalized patient data provides a better picture for doctors to make proper diagnoses.

At UC San Diego, Jean-Louis was mentored by psychiatrist Daniel Kripke, whose advice led him back to New York to work in health inequality issues.

“San Diego then, and now, has only a small African American community and few Haitians — the same for UC San Diego,” Kripke said. He saw that Jean-Louis’s leadership and research initiatives would thrive in an urban environment teeming with diversity like New York.

Kripke continues to support Jean-Louis as a mentor during the Program to Increase Diversity (PRIDE) in Behavioral Medicine and Sleep Disorders Research that Jean-Louis spearheaded at the Center for Healthful Behavior Change. Now in its third summer, PRIDE is an intensive research proposal workshop that brings together a cohort of about 12 diverse up-and-coming sleep behaviorists, including one of Jean-Louis’s NYU research fellows Rebecca Robbins.

“This is a little gem in academia,” Robbins said about the center. She works with NYU clinicians and research focus groups to determine the best method to communicate sleep health. “It’s an important part of the program to be immersed in the environment that you are going to help.”

Jean-Louis is in the process of expanding his initiatives, like PRIDE, to institutions, conventions and research projects in Ghana and the Netherlands.

Upon entering Jean-Louis’s office, the first object you see is a sea-foam green painting embedded with what initially appears to be a jumble of trinkets: a pocket-sized, bronze watch that hangs by its chain, a light bulb the size of a thimble, a collage of newspaper clippings. They are reminders of his time doing circadian research as a student. The title of the Biblical passage ‘Seek and Yee Shall Find’ drapes down the canvas in a dreamy dark blue, which refers to Jean-Louis’s scientific philosophy: If you ask the right questions, you’ll get the right answers. But if you ask the wrong questions, you’ll still find something new, Jean-Louis said. While the confines of his almond-colored office are not where his most valuable work lies, the walls are still colored with his accomplishments, if in unapparent ways.

The painting celebrates Jean-Louis and his scientific accomplishments over the last 20 years in sleep research and sleep disparities.

“This is very tedious and slow work,” he said. “A lot of people don’t want to do this kind of work, but that’s what we like to do.”