The fight to make "sex work" legal in DC

In the last 30 years, the term “sex work” has become an umbrella term that suggests voluntarily engaging in sexual services in exchange for money or goods. It can range from prostitution, escort services, exotic dancers, webcam models, adult film actors, phone sex operators, and purveyors of sex toys.

In 2012, there was an estimated one million people working as prostitutes in the United States, and that is just one category of sex work. They are everywhere. She is the 19-year-old college student who can only pay for tuition by performing as webcam girl. He is the 32-year-old who enjoys helping women feel comfortable about articulating their desires. She is the single mom whose divorce left her broke, so she turned her massage business into a sensual one. 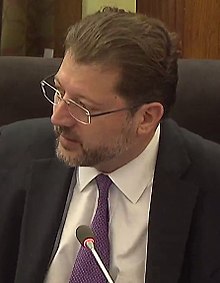 District of Columbia’s At-large Councilmember, David Grosso, introduced a bill last October that aims to better protect these workers. Their livelihood is illegal so they are denied equal protection under the law. They are more likely to be exploited because they cannot report violence to officials, without potentially incriminating themselves. The “whore-stigma” makes them more vulnerable to violence at the hands of clients, social services, the police and immigration officials. It also empowers negative opinions, based on the fact it is deemed wrong and illegal, which then drives other issues like housing discrimination.

“The reality is, that when someone is arrested they often come out worse-off than they went in, and there’s really no value added to society or to that individual,”  Grosso said

Earlier this year Grosso formed a small coalition, primarily led by Helping Individual Prostitutes Survive better known as HIPS, to drum up support for the bill. 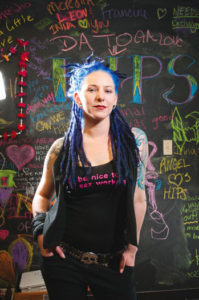 Executive Director of HIPS, Cyndee Clay, said it is hard to gauge how many of D.C.’s estimated 700,000 make a living this way, but the HIPS mobile outreach program typically services 30 people a night.

“It’s much easier to think that people trade sex for money because someone is forcing them to, than to acknowledge that our economy, education system and criminal justice system is simply failing, and that is forcing people into sex work,” Clay told VICE Impact in a January article called “Why Decriminalizing Sex Work is at the Frontier of Workers’ Rights.”

Laura LeMoon lives in Seattle, Washington, but used to be a sex worker in the District. She has been in this line of work for 13 years, and while she is not presently, she is hesitant to call herself a “former sex worker” because at any moment she could have to go back. Also a survivor of sex trafficking, LeMoon has written about what it is like to approach sex worker rights from both lenses.

“The victim narrative of trafficking survivors really does a lot to feed the egos of a lot of trafficking allies,” LeMoon said. “It’s kind of like the ‘white savior complex.’ It’s almost like a pimp relationship again. They tote us around and have us speak at their fundraisers so they can get money, and it’s very tokenizing.”

According to LeMoon, the way these workers are treated bleeds into every area of their lives, far beyond their safety and relationship to the police. Sometimes doctors can be judgmental, if, for example, a client comes in with chlamydia twice in one year. Another common problem is doctors only addressing sexually transmitted diseases, and not mental health.

“Not being able to get the services we need, because if we do disclose — which I’ve done before to doctors and social workers and medical providers — they’re not always the most informed about what that means,” LeMoon said. “Or, they think the only needs we have are just getting an HIV test.” 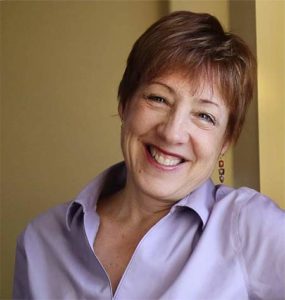 Alison Bass, assistant professor of journalism at West Virginia University and author of “Getting Screwed: Sex Workers and the Law,” said that part of what makes sex worker rights complicated is that there are discrepancies between anti-trafficking advocates and sex worker’s rights. The federal definition of sex trafficking involves force, coercion, or a person being under the age of 18. However. But many anti-trafficking groups conflate consensual prostitution with trafficking, simply because they are against prostitution.

“Sex workers are like canaries in the coal mine,” Bass said. “If prostitution were decriminalized it would allow sex workers to report cases of violent predators and also to report cases involving trafficking if they knew of underage prostitutes who are being trafficked. Right now, they can’t do that reporting because they are afraid of getting arrested themselves.”

Grosso’s bill aims to decriminalize. This means commercial sex will exist within a sort of legal limbo, where it still is not legal, but is no longer punishable.

“The vast majority of men and women who do sex work in this country are doing it by consensus, and so is the John, and it’s just a commercial transaction,” Bass said. “It’s hypocritical that sex work is criminalized and sugar daddy arrangements are legal, but if you have a straightforward commercial transaction whereby somebody does sex for money, that’s illegal. Pornography’s legal, phone sex is legal, web cams are legal … but the actual commercial exchange of money for sex is not.”

Bass said that when sex work is criminalized, clients and workers are fearful of getting arrested, which means there is not always enough time to negotiate safe sex. She said criminalization also corrupts the police. Arrestees are often put into a position where they feel they have to solicit sex in exchange for being set free. These arrests are also inherently gendered, because Bass said females are four times more likely to get arrested than their male counterparts.

“It’s leftover from our puritan point of view about women having a lot of sex with a lot of people,” Bass said. “There’s a very thriving gay male sex trade but they don’t get arrested because nobody has a problem with that — in terms of morality — but the idea that a woman is selling sex and having multiple partners is anathema.”

According to Bass, another positive aspect of decriminalizing sex work in D.C. would be that adults willingly involved in the trade could partner with the police in identifying cases of real underage or forced trafficking. Teenage runaways who have been neglected or abused in their own homes, or LGBT youth who have been made to feel unwelcome in their own communities, come to larger urban areas and sell sex for survival on the streets.

“We need to put our resources into social services, housing, education, support services, and counseling for this population,” Bass said. “But we’re putting our money into law enforcement and that’s probably another reason decriminalization would really help, because we could put scarce resources into social services for kids who are selling sex for survival, rather than arresting them.”

“Prostitution free zones” were pushed in 2012 by conservative politicians in D.C. because many residents were troubled by the sight of it. In a DCist article from last June, Commissioner Kevin Deely said that prostitution was a consistent complaint among his constituents: “Residents are tired of picking up used condoms in yards, parishioners are tired of seeing prostitutes while walking to church, and parents are tired of having to cross the street with children in hand to avoid prostitutes while walking to school.”

Data from the Metropolitan Police Department of the District of Columbia suggests that the number of related arrests have gone down. In 2016 there were 216 arrests (158 were for sexual solicitation and 37 for prostitution), when the year prior had 714. As of August 10, 166 prostitution related arrests had been made, mainly regarding sexual solicitation.

Yvette Butler is the first staff attorney at Amara Legal Services, which provides free legal services to anyone who has been harmed while involved in commercial sex. Butler said that many of Amara’s clients come in asking for aid in removing solicitations from their record.

“A lot of sex workers get charged with solicitation which is essentially the offer and acceptance before the actual act of prostitution,” Butler said. “It does nothing to actually help anybody in a vulnerable position become more stable. Along with criminal records comes a harder time accessing employment. A harder time accessing housing. It’s a lot of people who are homeless, who are engaging in sex work as a means of survival, so arresting them does nothing to improve their position.”

Aside from cultural changes, according to Butler it is hard to know the exact ways a bill will be reinterpreted after it passes. Almost every single day she has discussions on the best language for new legislation, like when she worked on the research subcommittee for Grosso’s council. The goal for his Reducing Criminalization to Improve Community Health and Safety Amendment Act of 2017 bill is to do something different.

But not all of his colleagues agree to this approach.

“The penalties for first time offenders are minor, but there is a great deal of collateral crime associated with prostitution and it often presents a public nuisance. Accordingly, the District should not legalize this activity,” said Phil Mendelson, D.C. Council Chair (D-At-Large) to the Washington Blade.

Americans cannot make up their minds on prostitution. In an Exclusive Point Taken-Marist Poll, 49 percent of respondents believe prostitution should be legal among consenting adults, and 44 percent disagree.

Grosso said there is no set date for a hearing on the bill. In the meantime, he is hoping to change the debate on sex work in the District, and to eventually put these residents in a new and different position that is safer for everyone — even if it takes more than a few years to fight for it.

“I represent the whole city, everything I do is put in the framework of, ‘how do we protect people’s human rights?’”  Grosso said. “That’s really what this legislation is doing.”