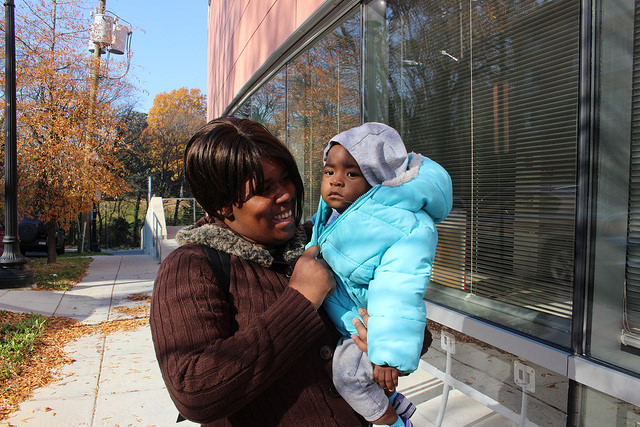 The House of Representatives passed their version of the bill two weeks ago. It’s unclear what will end up in the final bill, which the two chambers must agree on before it heads to the president’s desk to be signed into law.

But the Senate’s version — which differs in several respects from the House version — includes a repeal of the individual mandate, meaning there will no longer be a penalty for choosing not to purchase health insurance. Repealing this Obama-era policy will likely have sweeping implications for the healthcare market.

Under current law, the penalty for not buying insurance is 2.5 percent of a household’s income, or $695 per adult, whichever is higher. The penalty increases annually with inflation. Critics of the bill say that repealing this penalty will result in fewer healthy people buying insurance, leaving mostly older or sicker people in the insurance pool.

According to Howard Gleckman, a senior fellow at the Tax Policy Center, this will push premiums up, making health insurance less affordable for the people who do decide to buy it.

The nonpartisan Congressional Budget office estimates that premiums will rise by about 10 percent each year. Larry McNeely, policy director of the National Coalition on Healthcare, says the plan amounts to a healthcare repeal — but with no replacement.

Doneisha Moore resides in Anacostia, one of Washington, D.C.’s most impoverished neighborhoods. She already struggles to afford her insurance, and fears that she’ll no longer be able to if the CBO’s estimate comes true.

“It’s really hard for me to pay,” she said. Moore’s daughter Raven is a year old.

“Me and (my boyfriend) have to go back and forth trying to get her diapers, trying to make sure that she stays healthy, trying to avoid her going to the hospital,” Moore said.

Tyrell Butts is a senior at an Anacostia high school, and he’s worried.

“I’m already in a rough neighborhood, in poverty,” he said. “If I don’t have healthcare, nine times out of 10 if something happens to me, I’m going to die because they’re just gonna turn me away.”

But in Republicans’ dash to pass the bill on Friday night, revisions were made to appease some Republican senators who were reluctant to support it.

The House bill includes a repeal of the Medical Expenses Deduction, which currently allows people with medical bills that exceed 10 percent of their income to deduct them on their taxes. The Senate bill, thanks to Sen. Susan Collins (R-Maine), now includes a provision to not only keep the deduction, but to temporarily lower the threshold that families must meet to take it from 10 percent to 7.5 percent. This would expire after two years.

Gleckman says that only about four percent of Americans take the deduction because most people’s medical expenses aren’t high enough. Among the ones who do, he said, are people with disabilities and chronic illnesses, including senior citizens who need long term care. If the deduction is repealed, their taxes would rise by an average of $1,400 per year.

“My biggest concern is the elderly,” said Shamar Hall, who works at the Unity Health Care Anacostia Center. Hall isn’t concerned for herself, but about people like her parents, who have serious health problems they can’t pay for themselves.

“My mom, she’s going to get another hip replacement,” Hall said. “She just turned 70 today.”

Hall’s father has terminal cancer, and MRIs and chemotherapy are pricey. She has to pitch in so her parents can pay their medical bills, and her sisters can’t afford to help. She’s contributed about $1,500 this year, and expects that number to increase.

Medicare, too, could see cuts if the bill becomes law as is and Congress takes no other action. The 2010 Pay As You Go Act, known as PayGo, stipulates that any legislation that adds to the deficit must be offset by cutting spending in other areas.

But Medicare is partially protected — it can’t take a hit higher than four percent of its annual budget, or about $25 billion dollars. Forty-four million people, or 15 percent of the U.S. population, are enrolled in the program, but most don’t rely on it as their sole form of coverage. Other programs that don’t have the same protection, like the Student Loan Administration, could see their budgets shrink substantially over the next few years.

But why does a bill aimed at tax reform need to make such sweeping changes to healthcare? It’s because of the deficit the rest of the bill creates. In all, it creates over a trillion dollars in cuts for businesses and individuals, with businesses taking home about two thirds of that amount.

Among the biggest changes to current tax code on the horizon is a slash to the corporate tax rate from 35 percent to 20 percent, a move that will add a trillion and a half dollars to the federal deficit over the next decade. Donald Trump has since said that he may be willing to agree to a 22 percent corporate tax rate.

Proponents of the bill say that cuts for the wealthy and corporations will cause economic benefits to “trickle down” to the rest of the population, since it’s the wealthy who have the power to create new jobs and opportunities with the money they save.

But Gleckman said that while corporate tax cuts can create economic growth, this bill likely won’t result in much more than a couple tenths of a percent of increase for the GDP. Increasing the debt causes the federal government to compete with private companies to borrow money, driving up interest rates and offsetting the lower taxes that people pay as a result of the tax cut.

“Nobody except the Trump administration thinks that this is going to generate tremendous economic growth,” he said.

Further, any changes the bill creates for individuals will expire after ten years, while corporations and companies will keep their tax cuts.

At the end of the day, it’s people like Shamar Hall who are nervous.

If healthcare costs rise, “I don’t know what’s going to happen with the city,” she said. “We’re probably going to see a lot of deaths.