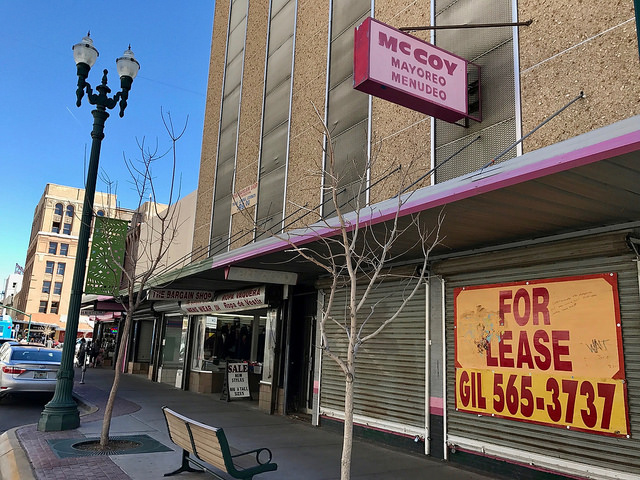 The relationship between El Paso, Texas and Juarez, Mexico starkly contrasts rhetoric from certain U.S. politicians about border security concerns. In 2014, El Paso was ranked the safest city in America for the fourth consecutive year, compiled from crime rates for U.S. cities with over 500,000 residents. Tens of thousands of people cross the border in both directions daily to see friends and family, go to school, work and shop – boosting El Paso’s economy by hundreds of millions of dollars annually, according to the Sabér Research Institute.

But the commerce this transnational flow brings into El Paso fades further each month, exacerbated by the deflating peso. In July 2015, $16.33 pesos equaled $1 U.S. but by January 2017, the exchange rate had shot up to $19.10 to $1 U.S. Today, the equivalent of $1 U.S. has hit $20 pesos. This has heavily discouraged Mexican nationals from spending in the U.S., where their purchasing power is severely diminished.

Downtown El Paso, a retail business-based area highly dependent on Mexican patronage, is now facing an economic crisis. When walking through the area, a few minutes from the U.S./Mexico border, it’s impossible to miss the seemingly countless shuttered storefronts and “For Rent” signs. 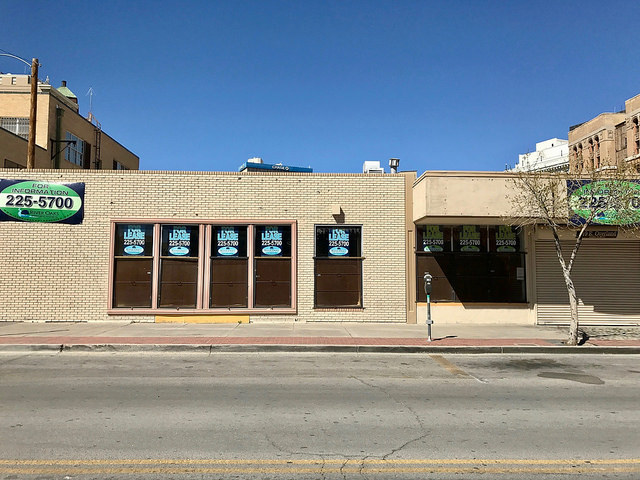 As the peso keeps deflating and Mexicans’ spending power diminishes in the U.S., downtown El Paso continues to feel the pain. The “For Lease” signs are out. Many business owners have had to call it quits. Photo by Eli Kurland

“When we’ve had more substantial peso devaluations, we’ve seen total retail sales drop in the downtown area by over 50%,” Silva said. “Some businesses reported as much as a 90% drop in sales. As the peso continues to devalue, it’s going to significantly impact what happens to El Paso’s downtown. A significant amount of downtown businesses close in these situations.”

Many merchants and business owners in downtown El Paso not only share the fear. They don’t know how to continue.

“Two businesses are shutting down right by our store,” said Jose Magana, an employee at the downtown clothing store Yong, who spent years as a wholesaler of electronics and beauty supplies in El Paso. “When the Peso deflates, it becomes absolutely dry around here. Ninety-five percent of our store’s business is done in pesos. Now, wholesalers are forced to find products in Mexico.” 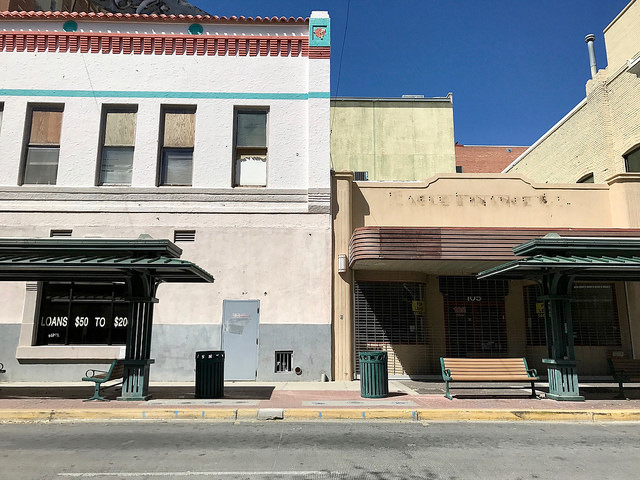 “One business owner left the merchandise inside his store and just walked away,” Magana said. “Standing here in a store in downtown El Paso – you’re experiencing the past right now. The place we’re in is in past mode.”

Han C. Park, a downtown El Paso business owner who runs the electronics store Boston Electronics Company, is also struggling to remain afloat after 29 years of business. He believes this current peso devaluation could hit the area’s retail businesses harder than in the past because of Mexico’s increased free trade and the mainstream adoption of e-commerce purchasing.

“They wouldn’t just come over the border to go to my store,” Park said. “They’d come to this area to buy clothes, shoes and then also electronics. Because of free trade, they can get these things in Mexico for similar prices, or young people just buy online. With the political stuff, they don’t need to come.”

He said business has never been so slow.

“The deflating Peso is absolutely impacting my business. Ninety percent of my customers are from Mexico so, comparing this January to last year’s, my sales are down 40 percent. At my age, I don’t worry too much but I expected a better life than this.”

Around the corner from Park, Laurie Knipp runs the gift shop Angels Via Michael, and she doesn’t have a more optimistic story to tell. Her store’s primary product is angel figurines, popular among El Paso’s Catholic community. She chuckled at the irony of being a Jew who owns the city’s primary carrier of this product, but discussing her business woes instantly evaporated the humor.

Foot traffic has shifted greatly over the last three months,” Knipp said. “I have 40 percent of the Mexican customers I had before. Our business is down probably 70 percent if not more so now I’m borrowing from my life insurance to keep us afloat. I’m already into my policy for $11,000. So it can’t go on forever. It’s devastating. I’m just hanging on.”

Knipp has lived in El Paso all her life, inheriting her store – which has been in business for 60 years – from her father.

“I need a place to come to, to get up, dressed and put on makeup for. I’ll do it as long as I can,” Knipp said as she teared up. “It’s scary for those of us who are still here. All of us store owners here are looking down the same tunnel and there’s no light at the end. It’s very sad.” 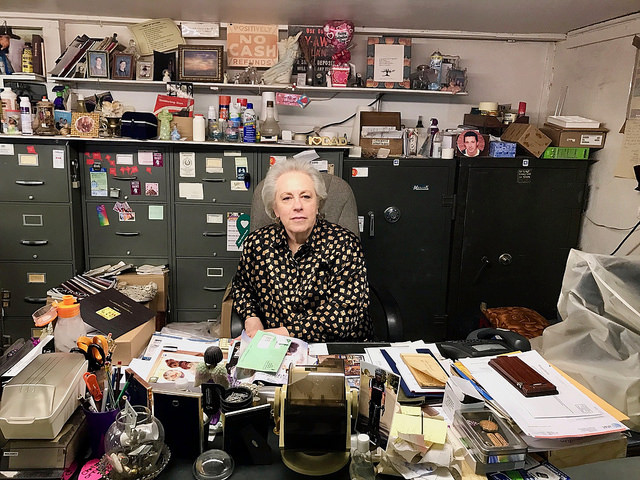 Laurie Knipp, owner of the downtown El Paso gift shop called Angels Via Michael, sits at her desk. The store has been in her family for 60 years but is now in danger of shutting down. Photo by Eli Kurland

Much of Donald Trump’s presidential campaign rhetoric focused on taking a hardline stance on undocumented immigration, rethinking trade agreements with Mexico and moving facilities of American businesses from Mexico to the U.S. This caused major economic nervousness and uncertainty throughout Mexico. The peso’s value relative to the U.S. dollar significantly decreased during this time, fell further when Mr. Trump won the election, and further still now that he seems to plan on following through with his campaign promises.

“I believe that if the policies that Donald Trump puts forward changes NAFTA considerably, it could be very difficult for the border areas,” Nathan Ashby, Associate Professor of Economics at The University of Texas – El Paso, said. “El Paso was hit hard at the time of NAFTA but now it’s come to depend on it. El Paso recovered by transitioning from manufacturing to a more service-oriented economy. If Trump hurts the trade relationship between both sides of the border that’s grown over the last decades, then I’m pretty pessimistic (on the outcome).”

Ashby is particularly concerned about how Trump’s proposal of a 20 percent tariff on Mexican imports will damage El Paso’s economy and that of other border areas. If the tariff is initiated, he believes it will directly extinguish many jobs on the border dedicated to commerce with Mexico.

“I don’t think people realize Texas has a trade surplus with Mexico,” Ashby said. “That comes through El Paso. The downtown is a big part of the economy and El Paso experience. What’s going to replace it? There could quite possibly be a strong increase in welfare needs, drug problems, and prostitution. That joblessness void will need to be filled and it’s not going to be easy to do that. If downtown goes under, it would be a huge sore spot for El Paso and set us back.”