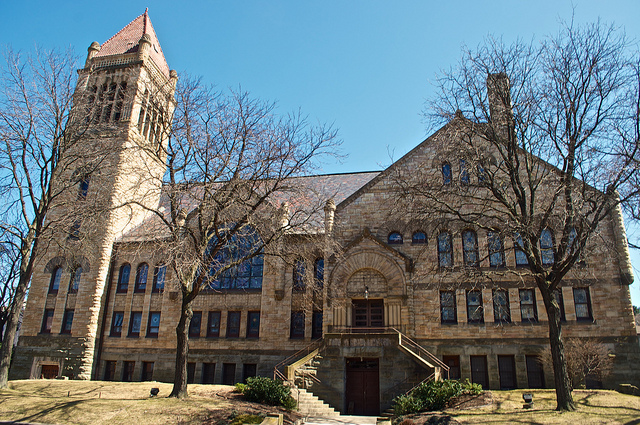 Hillary Clinton or Donald Trump? The choice faced by Americans needs to be made in one week. In Scranton, Pennsylvania, some millennials are opting for a different option – third party candidates.

Michael Joyce was one of them. One week after submitting his vote via absentee ballot, the senior history major from the University of Scranton, sat in a coffee shop downtown. “The guy I voted for is…”, after searching in mind for a while, “I can’t remember his name.”

This registered and “proud” Republican finally remembered voting for Gary Johnson from the Libertarian Party for his first presidential vote. He gave up on his party’s candidate after hearing Donald Trump’s misogynistic comments on women in October.

“I realize many may see this as a throwaway vote,” said Joyce, “but I see it as a protest vote against our screwed-up system which needs to change.” He admitted he didn’t put much time looking into Johnson’s policies, but knew he was once a successful governor.

For many, the choice this year is between “lesser of two evils”. “A particular about this election is how disliked the two candidates are,” said Stephen Anolabehere, a professor of government from Harvard University, during a panel discussion about polling in October.

In Scranton, a city with both Catholic and union traditions, young people seem to find the choice even harder. Some Democratic Catholic students cannot agree with Hillary Clinton for her strongly pro-choice views. And the way Trump talks and behaves may bother them as well.

“He hurts people outwardly in the things he says and the way he phrases things in his “anti-political correctness” campaign,” said Anthony Ricci, a 23-year-old student in Scranton.

Ricci said he would vote for Gary Johnson even though he doesn’t agree with all of his policies. “My disdain for Trump is not enough to convince me to vote for Hillary,” he said.

A poll by the New York Times and CBS News in September showed more than a third of voters aging 18 to 29 said they would vote for either Gary Johnson, the Libertarian candidate, or Jill Stein, the Green Party candidate. Johnson had the support of 26 percent of those voters, and Stein had 10 percent.

Lou Jasikoff, the director for Johnson’s campaign in Midwest, who is from Scranton, attributed Johnson’s popularity among the younger generation to social network and smartphone. “They are less affected by the corrupted mass media, so they saw more options outside the rigged system,” Jasikoff said.

Michael Joyce can’t wait for the end of the Election Day. “I’m getting so bored of it,” he said. “After that, I can finally watch YouTube without those annoying campaign ads.”