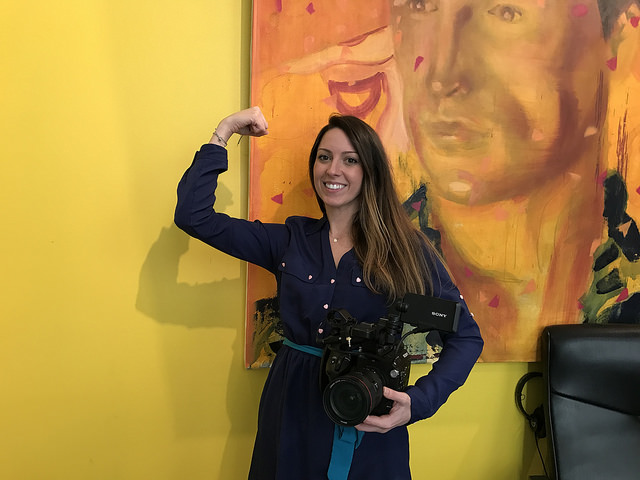 Scranton’s Feminists Are Ready For Hillary

In the blue-collar city of Scranton, Pennsylvania, some feminists and women who are strong Hillary Clinton supporters are fighting back against accusations from the Trump campaign that  Clinton is “playing the woman card” to win over women’s votes.

“I’m voting for Clinton because she’s the best human being for presidency instead of the best female candidate,” said Lindsay Barrasse, a businesswoman and a feminist in Scranton. “I’m not supporting Hillary Clinton just because she’s a woman, Bernie Sanders is also great. No way do I support Trump at all.”

“Such a nasty woman,” Trump said in the microphone in the closing part of the final presidential debate, when Clinton was answering a question about his tax issues. But Clinton continued her speech without responding to her opponent’s insult.

The post-nasty woman effect was tremendous—Trump’s comment clearly irritated a large group of women, especially feminists. On Twitter, thousands of Hashtag #nastywomengetshitdone (nasty women get shit done) have fought back to the Republican nominee who is regarded as showing disrespect to women.

Barrasse was involved in the “nasty women get shit done” campaign on Twitter. “If Trump thinks this is the nasty woman, then I’m proud to say I’m a nasty woman.”

Ironically, some Clinton supporters said that calling Hillary Clinton a nasty woman might be the best thing that Donald Trump has done in the election.

To Barrasse, Clinton’s image and achievements echo with her own values. Barrasse is an entrepreneur, an independent filmmaker, and a member of the U.S. National Committee for UN Women. She was educated by her parents to be an independent and strong female leader. “When other people complemented me to my dad as a ‘pretty young lady,’ my dad would say Lindsay has her own business as a producer—she’s a businesswoman.”

As the opponent of the first female presidential candidate in the U.S., Donald Trump has long been condemned for not only his words attacking women but also his profanity. The wealthy businessman once commented his own daughter’s attractiveness in appearance and boasted about his past experience of his unilaterally kissing and grabbing women’s legs, saying “And when you’re a star they let you do it.”

“Trump’s disrespect of women has exceeded the range of feminism, or sexism,” said Barrasse, “It is crossing the line of equality in human beings. I think this man lacks his basic respect to all human beings because he has been too superior in status and wealth to stand in other people’s shoes.”

Trump said last Thursday he’d like to “cancel the election and be declared the winner” if he lost the battle to his Democratic rival – with the election day of November 8th just 2 weeks ahead.

“Donald Trump is the worst possible candidate in this country at this time,” said Edward McNichols, a visiting professor at Marywood University in Scranton. “He’s regressive, he has managed to gain a lot of attention of the worst parts of our country. His statements against women and the tape are just reprehensible.” 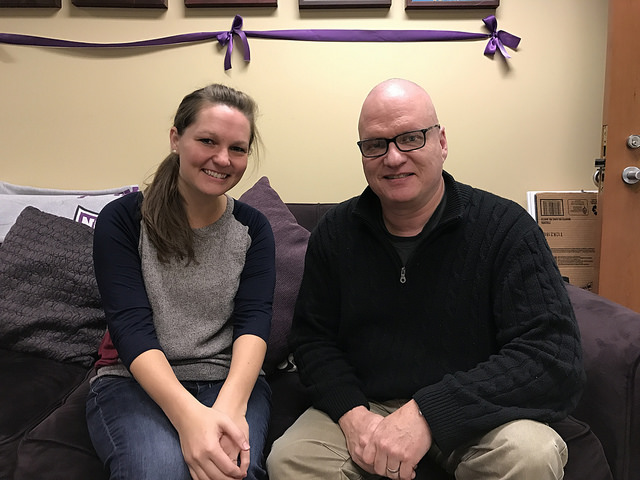 McNichols, who identified himself as a male feminist, believes that what Trump has said and done are not what a decent person should even think about, much as talk about on tape. “I don’t think he’s fit to lead our country or any political offices.”

For most people, having a female presidential candidate still feels new. Questions like “Why does Hillary Clinton always wear pants?” pop up when searching for results of Clinton’s performance in the debate.

“In fact, women are still always judged by their most superficial appearances, not just in politics but in almost all fields,” said Megan Barr, a junior feminist student in the University of Scranton, “Why care, or why care so much?”

“We have to make sure that there’s no dialogue that depicts women as being helpless, careless or unintelligent human beings. Showing how strong and capable women lead is important”, said Barrasse, but more importantly, “(Women shall be depicted) just being themselves.”

“I’m hopeful that the only space for gender equity in politics is going upward, it is not about having more women in politics, it is about advancing politics in law, that supports gender identity, families, and encourages men and women to be themselves,” said Justine Johnson, the director of the Jane Kopas Women’s Center of the University of Scranton who has been working on gender equity topics.

When President Barack Obama was elected in 2008, the issue of racism was brought to the center of debate. Now in this election, it’s feminism. “Feminism is a social justice movement, focusing primarily on gender but it also extends to social-economics, ethic ratio equity,” said McNichols, “it alongside with racism, shall be elevated to the level of equality to the sense of all human beings.”

But Clinton’s identity as a woman definitely adds points to her candidacy. “She’s a mother, she was a daughter, she worked hard to show her daughter how strong she is,” said Barrasse, “Clinton knows women’s needs and America’s needs much better than Trump.”

Hillary Clinton’s campaign website calls her “A change maker who’s spent her career fighting for families.” For decades, this woman has been working on women and children issues to make quality and affordable childcare for families, remarkably the Children’s Health Insurance Program.

“If elected, Clinton’s presidency will bring hope to the women in the U.S.,” said Barrasse, “Clinton has succeeded in her multiple roles as a mother, a daughter, a wife and a female leader, which could be really inspirational to working women like me.” Barrasse believes Clinton will also inspire the young girls in the U.S, “This is the American Dream.”

Gender discrimination is largely reflected in the gender pay gap. In 2015, female full-time workers made only 80 cents for every dollar earned by men. Feminists believe in Clinton to close the pay gap, as Clinton addressed on her campaign website that “Across our economy, too many women still earn less than men on the job—and women of color often lose out the most.”

“When I was in my previous job, my third-year salary was once lower than the new-hired man of the same job-title, which was unreasonable in anyway,” said Barrasse, “The employer raised my hourly pay to exceed that man by 1 cent.”

“Right now a lot of women are coming forward, calling for not to be served as a sexual object, and more pay,” said Johnson.