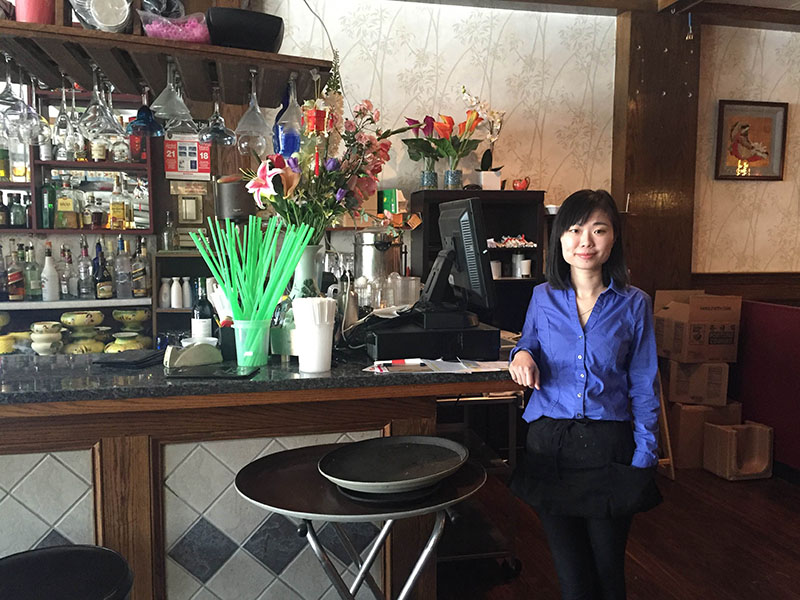 Clinton’s the one for many minority voters in New Hampshire

Hillary Clinton has been campaigning hard to win more minority votes in New Hampshire to defeat Bernie Sanders in the primary on Tuesday, and it appears to be working.

From small business owners in the city center of Manchester to political activists in nearby Bedford, many minority voters appear receptive to supporting the former First Lady and Secretary of State as their next president.

Sherryl Suckoo-Boyce, a native of Jamaica who first immigrated to the United States in 1985, has been running Coco Beauty Salon on Elm St. for 18 years. She expressed no hesitation on which Democratic candidate will be receiving her ballot on Tuesday.

“Hillary, I don’t care what anybody says about her… I’m definitely voting for her,” Suckoo-Boyce said while pointing to a 30-by-36-inch framed printout of Clinton on the back wall of her hair salon.

Despite being a New Hampshire local for over two decades, Suckoo-Boyce still finds it difficult to form a true community with fellow African Americans in the Granite State, where the minority population is small. According to 2014 data from the Census Bureau, blacks make up only 1.5 percent of the population in New Hampshire, compared to 13.2 percent in the U.S.

Suckoo-Boyce, who has a son in college, feels that affordable health care is the most important issue for her. “For myself alone I pay $500 a month, and then to have a family plan it becomes ridiculously expensive,” she said.

Suckoo-Boyce says that Clinton is best suited to moving forward on healthcare, an issue that has divided the country since the institution of the Affordable Care Act in 2010. According to a 2015 Gallup poll, Americans say that health care and low wages are the two most important financial problems they face. Suckoo-Boyce also pointed to Clinton’s strong political resume as a strong reason for gaining her support.

Restaurant owner, Jenny Yang, 31, expressed a similar sentiment. “Personally, I prefer Hillary,” she said, adding, “I know she is not doing so well in this state, but I feel like she has a lot of experience.”

Yang, owner of the restaurant Thousand Crane, emigrated from Fujian, China, 12 years ago to study in New York. After graduation, on the invitation of a friend, she settled in New Hampshire and took over the fusion Chinese and Japanese restaurant.

Thousand Crane is one of nearly 30 restaurants in Manchester that serve Chinese cuisine, according to business review app Yelp, and stiff competition and taxation are among Yang’s main concerns. She praises Clinton for her promise to help the middle class and raising taxes on the wealthy.

Yang worries about statements Clinton has made critical of China, but nevertheless thinks that she is the best choice for maintaining good relations between the two countries. “She seems to be the friendliest towards Chinese people,” Yang said. “Trump talks about way too many things I don’t understand, and the others confuse me as well.”

Sonya E-Yee, who also supports Clinton, became politically involved after the tragic Sandy Hook shootings that took the lives of 20 elementary school children. She said her two daughters were of similar age at the time. She now volunteers for a non-partisan group lobbying for gun reform and considers herself a “single-issue voter.”

E-Yee, a second-generation Chinese-American, stood in line to attend Marco Rubio’s town hall on Sunday, but she is leaning toward supporting Clinton. “I think [Hillary] is a strong advocate for a lot of issues that I identify with, such as gun reform,” E-Yee said.

Like E-Yee, Yukari Scott is another second-generation immigrant. Her parents came from Japan. She was also curious to hear what Rubio has to say, but is supporting Clinton in the race thus far.

“She has the best record,” Scott says. “She has helped a huge number of minorities. Many people attack Hillary for championing the middle class yet being rich herself, but that top 1 percent having all the wealth thing is an incomplete portrayal of America,” Scott said.

Despite the encouraging push from minorities, Hillary has an unlikely chance of repeating her 2008 victory over Barack Obama in New Hampshire. As of Monday, Sanders is leading her in the polls by 12.8 percentage points.