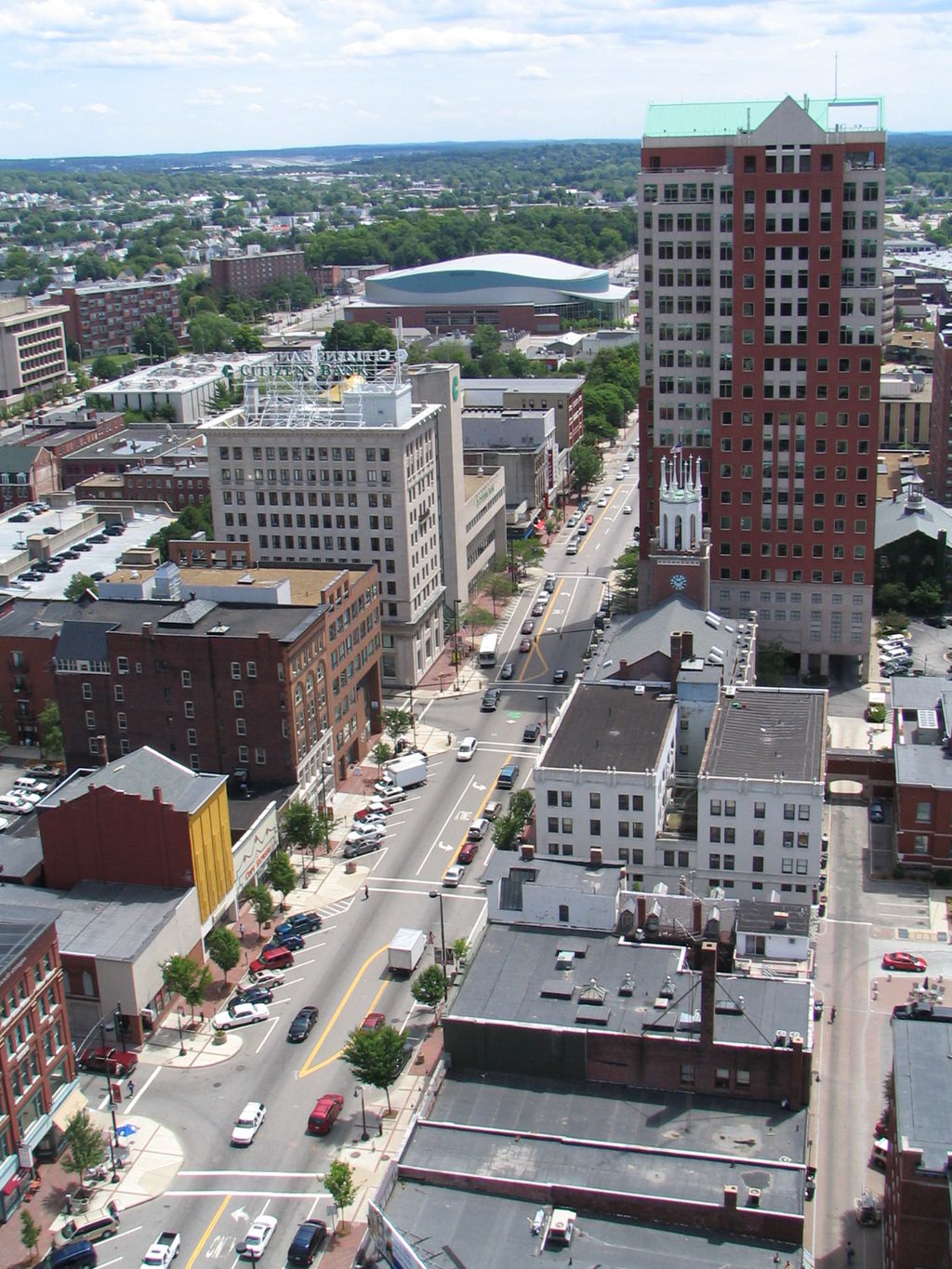 Judging from the media coverage, you’d expect New Hampshire crawling with candidate and canvassers. But a few days pre-primary, downtown Manchester, the state’s largest city, gave little indication that anything special was happening on this week. The only clue, perhaps, was an unusual number of people with headphones and laptops mulling about at diners and cafeterias, and bars being filled with patrons in the middle of the day.

The political events itself though, displayed an entirely different spectacle. Verizon Wireless Arena drew more than 6,000 people to the New Hampshire Democratic Party State Convention 2016. Cheers, screams and the occasional boos usually reserved for concerts and sports match filled the arena, particularly as Bernie Sanders and Hillary Clinton were introduced to the stage. (Sanders to a Springsteen number, Clinton to the teen empowerment anthem “Fight Song” by Rachel Platten.) On the whole, the attendees were largely reflective of the state’s white population, though there was a small, but notable Asian presence.

On a smaller scale, the town hall meetings also saw a middle school cafeteria fill up with voters eager to see their chosen candidate in action. Rows of chairs filled the room, with a portion cordoned off for the media that was soon populated by journalists and their equipment. Eager attendees lined up outside the cafeteria, braving the cold while 20-something campaign volunteers scanned their tickets and shuttled people in and out of the building.

At the two town hall meetings I attended for Jeb Bush and Marco Rubio, the crowd was 99 percent white and were of an older demographic than those who attended the NHDP State Convention (Bush more so than Rubio.) The concert-like screams remained evident, even when Rubio was 45 minutes late to arrive. Bush’s crowds were by far the most orderly and quiet of the lot. When it came turn to cheering, Bush’s speech was met with applause while Rubio’s were accompanied by the occasional shouts of “That’s right!” and “Yes!” In contrast to the Democrats’ choice of popular music, Bush and Rubio opted for country music to fill the halls of the cafeteria. Despite the angry rhetoric touted by both candidates, the mood and energy levels at both town hall meetings were surprisingly high and largely optimistic.

A number of New Hampshire residents who attended these events said that they enjoy the excitement that comes with having the first primary in their state. One resident, 23-year-old restaurant worker Garett Constant, said that the out-of-towners and presence of press has been very positive for the business. College professor Lissa Foote also said that primary week only brings minimal disruptions, the biggest one being “constantly bombarded with phone calls about who [she’s] going to vote for.”

Some also admitted to looking forward to the end of the primary events. One of them is Mike Padmore, 27, state director of advocacy group NextGen Climate. “It’ll be nice to get back to some normalcy again,” he said.